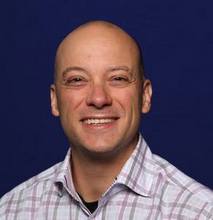 Above: Alan Belniak answers questions from the blog and readers about his candidacy for the Planning Board. (contributed photo)

As I previously posted, Candidate’s Night wasn’t able to include a live Q&A for the Planning Board. So, I put together a written Q&A to help readers make their choice before voting this Tuesday, May 10th.

I gave readers a chance to participate, but it was short notice, so I supplemented with questions that I believed voters would care about.

Below are the responses from candidate Alan Belniak:

Ms. DeMuria told us at Candidates’ Night that she works in the pharmaceutical industry, so not much chance of a conflict of interest there. Mr. Belniak, I believe you said you work for a private engineering firm that works with many municipalities in Massachusetts. What firm do you work for and have they been hired to do work for Southborough in the past? Are they currently engaged with an projects for the Town? If your employer was hired on a Town project that involved Planning Board, would you recuse yourself? I note that in the past, a candidate for Planning Board had relationships that were seen as presenting a possible conflict of interest, and that was relevant to several commenters attending Candidates’ Night. – Betsy Rosenbloom, Strawberry Hill Road (moderator of Southborough Library’s Candidate’s Night)

I am employed by Vanasse Hangen and Brustlin, Inc. also known as VHB. In my current role, I work on technology-focused products. Working at an engineering firm and as a civil engineer and registered professional engineer, I have direct experience in working with several municipalities across Massachusetts and beyond with their various boards, including planning boards. My experience will help bring expertise and insight on best practices and new ideas as observed by other neighboring municipalities. In fact, it is this very expertise that give me interest in the Planning Board in my own town. Direct and related expertise make for more well-informed and stronger boards and committees.

VHB has been hired by Southborough in the past, yes.

VHB is actively assisting the Department of Public Works, reporting into the Select Board, on various projects. In all current projects VHB has with the Town, I have neither an active nor passive role. And to my knowledge, the Planning Board does not have any current projects before it for consideration involving VHB.

By Massachusetts State law, I am not permitted to actively work on a project in a municipality where I also serve on a board or committee that oversees or is a recipient of that work. In such a case, indeed I would recuse myself from any and all related conversations, discussions, or deliberations involving said project; and I would attempt to work with my employer to not work on that project to further distance myself.

Massachusetts State law does, indeed, permit residents of a municipality to serve on a board or a committee where their employer is also working within the municipality. This is well-defined in the 35-plus year Conflict of Interest Law, and further documented via the Special Municipal Employee designation (among other methods). MGL c. 268A describes this conflict of interest law in great detail, and sections 17 and 20 focus on municipal employees and special municipal employees in particular.

We’re all thankful that Massachusetts has described this in detail. In municipalities across the Commonwealth, issues like this occur, and these rules exist to protect the municipality, the employer, and the individual. Consequently, boards and committees still benefit from the very expertise these individuals bring.

With respect to a specific conflict of interest reference, I’d like to address the patently false and borderline libelous claim from MySouthborough commenter Tom (no last name given). “As for Mr. Belniak, he has allegedly been turned into the State Ethics Commission for alleged conflicts of interest and lack of required disclosures.” There never have been any, nor are there any current, records or notes within the Massachusetts State Ethics Commission database directly or indirectly associated with my name, as of 4:45 PM on May 2, 2022. I personally verified this fact.

In any event that I learn about a project of my employer with the Town of Southborough, I would seek out the project manager/project management team and understand the reach and implications. I would then flag it with the Planning Board chair, and if necessary, Town Counsel for review and opinion. In all cases, I would document the discovery and the process. In the event it is deemed that I should not take part in a particular project’s or topic’s discussion, I would recuse myself. I cannot state this clearly enough.

Finally, it’s worth noting that I proceeded with my candidacy out of an abundance of caution, from multiple viewpoints. Before submitting my signatures to the Town Clerk, I discussed my candidacy with my own employer’s legal counsel to ensure protections of my employer, the Town, and me. I further had email exchanges and a telephone conversation with Southborough’s Town Administrator on this very topic. Further, I shared in my prior EDC interview with the Select Board that I work at VHB.

Please state one or two things that you would bring to the Planning Board that would make you stand out. – Claire Reynolds, Main Street

Firstly, as mentioned in my opening statement, I have an undergraduate degree in Civil and Environmental Engineering from Worcester Polytechnic Institute, and am a registered professional engineer in the state of Massachusetts. My engineering focus has primarily resided in traffic and transportation engineering, and I am also knowledgeable in other areas of civil engineering. I have the expertise to look at a planset and understand what information is being conveyed, to understand the many factors that impact a planning decision, and to interface with the Town’s peer review consultant, Fuss & O’Neill.

Secondly, as also mentioned, I drafted the transportation chapter of the prior master plan for Southborough. I have a good working knowledge of transportation best practices, and how I can bring that skill when evaluating transportation-related components about the next master plan. Finally, I also contributed to the current master plan draft via providing feedback to one of my committee co-members, who serves as the liaison to the master plan planning committee.

The questions below are all from Beth Melo for mysouthborough

One of the Planning Board’s responsibilities is reporting to Town Meeting on potential zoning changes.

I was satisfied with what the Town ultimately voted on; I voted in support of the version with its amendments from that evening. The version that was originally brought to the Town meeting floor was the compromise among EDC, Planning Board, and the Select Board. This is one example of the collaboration I mention with respect to my candidacy.

The final version that made its way into the warrant was version nine – which signifies that debate and discussion, additions, deletions, and changes occurred among all the three groups before it was finalized for the meeting. What was brought to Town meeting floor was not the original intent of what EDC proposed or any one group – it was the result of a collaborative review and effort for all of Southborough.

I would like to find ways through zoning, development review, and the powers of the Planning Board to better use Route 9, either as an attractive area for commerce or, secondarily, housing. While the Planning Board doesn’t get to ‘pick’ which businesses and which projects actually come before the planning board, it would be good to continue to evaluate what are the current limitations on Route 9 that prevent businesses from coming into Southborough and seeing if there are reasonable, practical, and even creative ways to change those. Smartly planned and carefully permitted development along Route 9 could ease some of the residential tax burden on Southborough residents. A stark, sobering fact is that 87% of Town Revenue is generated through residential property taxes.

Under the Planning Board’s other duties Is there anything you would prioritize as an area that could be improved?

The Planning Board has four main charges: (1) review and approve applications for permits as required by the Town’s bylaws; (2) review and approve subdivisions and developments; (3) conduct site plan reviews; (4) occasionally propose and amend zoning bylaws for Town Meeting approval.

I would like permit applications and subdivision/development reviews to move a little more expeditiously. In my observations of Planning Board meetings as of late, it appears that some applicants simply are not ready at each meeting, so I’d strive for ways to better document what is needed for an applicant’s next opportunity, or have the peer review consultant offer feedback in a more timely manner, more clearly, or something along those lines.

Furthermore, I’d take a more careful review at our existing bylaws and see which need clarification or updating. As an example, there was/is confusion about shade trees in Town and a collective misunderstanding / misinterpretation of what has happened in the past. The Planning Board sought to review what the bylaw stated, clarify it, and codify it more accurately. Irrespective of one’s particular position on that updated bylaw, that’s an action I’m happy the current Planning Board took, and I’d look to do more of the same.

Belniak asked me to include the following statement:

Finally, I’ll address some of the other comments on MySouthborough’s April 28, 2022 ‘Collecting Questions For Planning Board Candidate’s’ post.

Use the link’s below to find: