In researching the Blue town, red town post from last week, I took a look at campaign contributions from Southborough residents. Turns out Southborough is a politically-minded town, at least compared to the rest of the state.

Of the 263 cities and towns reporting campaign contributions to McCain or Obama from January 2007 to June 2008, Southborough ranked 20th in per capita donations. For every 1000 residents, Southborough gave $5,574 to the campaigns. 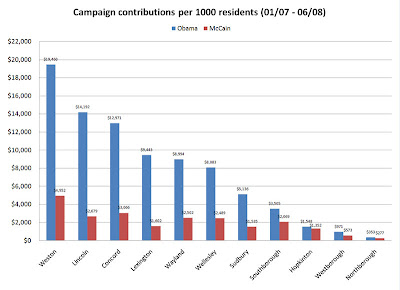 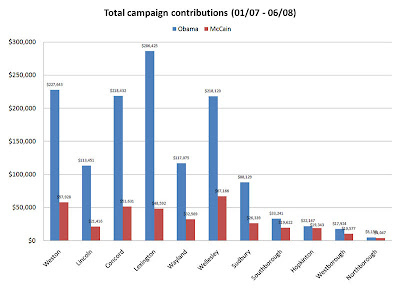