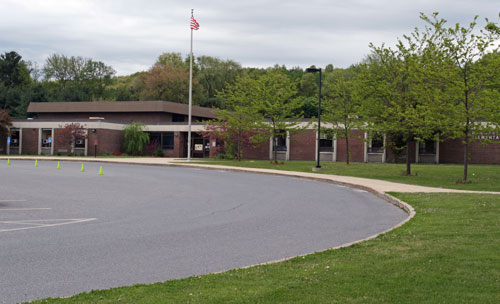 After three years as principal of Neary, Joanne Irish has decided to retire at the end of the year. Irish told school committee members last night that she and her husband are relocating to the Cape.

Superintendent Charles Gobron thanked Irish for all she had done, and for her “kindness toward students, parents, and teachers.”

Why is everything so interim, you ask? That’s an interesting question.

Does Southborough need four schools?
What it comes down to is that the future of Neary is somewhat uncertain. Some town officials question whether the district needs four schools. They argue that getting rid of one of the schools — most likely Neary — would mean cost savings for the town.

This sort of plan has been talked about before, so it won’t come as a surprise to those of you who have been around a while. The idea was most recently floated by the Advisory Committee in the run-up to April town meeting.

In a presentation to the Advisory Committee, member Al Hamilton proposed closing Neary and moving to a three-school model and selling “underutilized, under maintained” properties like Fayville Hall, the Senior Center (Cordaville Hall), and the Arts Center. Money from the sale of the buildings would fund capital projects like the new police station.

In his plan, Neary would then become the new Senior Center and Arts Center, as well as house other municipal services. You can view Hamilton’s full presentation in PDF form here.

School Committee chairperson Marybeth Strickland stressed that the goal of the committee is to collect data, not to make a recommendation on a three-versus-four school approach. “We need facts. There are so many opinions flying about.”

Strickland said the committee will look at everything from current and projected enrollments to facilities and health issues. For example, there is a question about how many students Trottier can support due to septic system limitations.

The formation of the fact-finding committee “let’s everyone know we’re taking it seriously,” Gobron said. “We want to find out. We want to really examine the facts.”

Gobron said the process could stretch out over multiple years, and they didn’t want to commit to hiring a new principal for Neary when the fate of the school was so uncertain. “We don’t know what the future is,” he said.

I’ve never been overly fond of the way the School Department has spread things out so much between the buildings. Perhaps this is the chance to get more kids under one roof, so to speak, and stop wasting space and money. The Town is getting into a bind with much needed changes, but are severely limited as to what properties can be built out.

I’m relatively new to Southborough and have a child starting kindergarten in September of this year.

While I agree that it makes sense to look into the facts surrounding the proposal, I am concerned about keeping the school and the role of principal in “limbo” for an extended period of time.

I would like our daughter to have a consistent experience with school administrators and locations over the years- this is, in fact, one of the primary reasons we moved to this area.