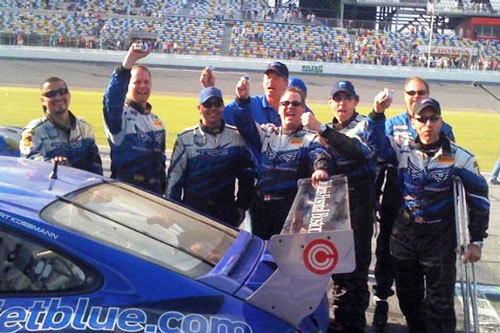 The annual Rolex 24 Hours at Daytona – a race in which a team of drivers speed around the track at Daytona for 24 hours straight – is arguably one of the most grueling and demanding in motorsports. For the second year in a row, Southborough resident Bruce Ledoux and his team of drivers from Guardian Angel Motorsports will be on the track racing for a cause.

Ledoux loves cars and he loves racing, but when he takes the track this weekend, it’s the thought of his kids that will be driving him. Last year Ledoux and his team used the 24-hour race as a catalyst to raise over $70K for children’s charities. This year they hope to raise $100K.

They’ll be racing for two charities, the Food Allergy and Anaphylaxis Network (FAAN) and Love146, an organization that works to end child sex slavery and exploitation.

Ledoux’s 6-year-old son Colin was born with a chromosomal abnormality that, among other things, causes severe food allergies. His daughter also suffers from serious food allergies. So, the decision to support FAAN was a personal one for Ledoux.

On the Guardian Angel Motorsport blog, Ledoux wrote, “Thru our own experiences as fathers of children with disabilities and allergies, we want to help as many children as possible by simply giving them the luxury of a chance to win. Right now, so many don’t have the luxury of even a chance.”

You can help by donating to the cause. And tune in to Speed TV starting on Saturday at 3:00 pm to watch the race live. Ledoux will be in car #18. 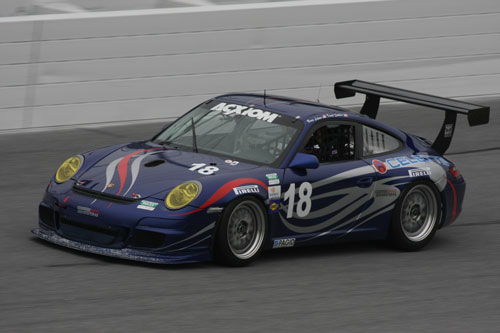