Fifty-seven percent of those of you in Southborough have mailed back your federal census form. That’s compared to the 52% nationwide and 53% statewide who have done the same.

The federal government is launching an all-out push to get citizens to return their census forms by mail because it’s a much cheaper way to collect the data then sending census workers door-to-door. Households that don’t mail back the census forms can expect a knock on their door as early as May 1. 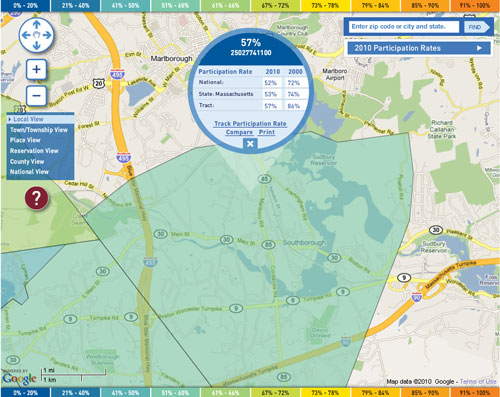