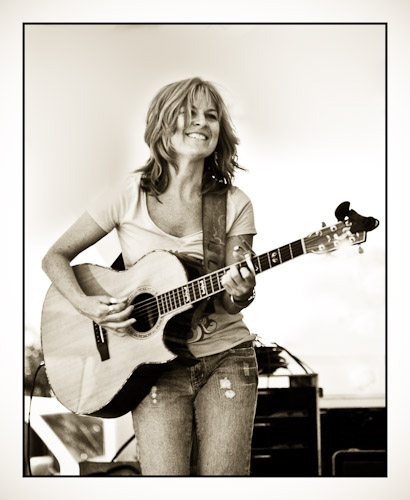 Les Sampou performs at the Steeple Coffeehouse on Saturday (photo from lessampou.com)

The Steeple Coffeehouse will host a CD release party for blue/rock musician Les Sampou on Saturday night. The show will also feature a performance by special guest Pesky J. Nixon. Here are the program notes:

Les Sampou
Les is an blues/rock musician from greater Boston’s south shore. She is an award winning songwriter who has performed at Montreal Jazz Festival, Kerrville Folk Festival, Philadelphia Folk Festival, Toronto Blues Festival, and Falcon Ridge to name a few. She has conducted workshops at Berklee School of Music and appeared on the top syndicated radio programs such as Acoustic Cafe, World Cafe, and NPR.

Pesky J. Nixon
The strength of Pesky J. Nixon lies in their rich harmonies and musical versatility. Each member of PJN is a songwriter in their own right.