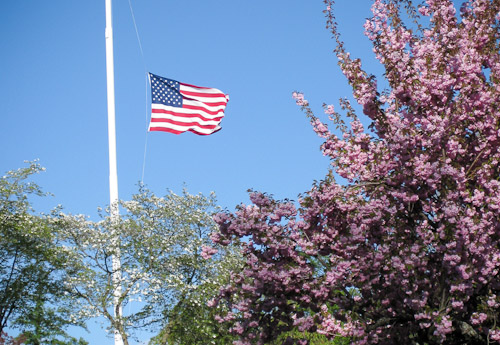 Flags are flying at half staff today in Southborough and across the state in honor of World War II Veterans Corporal Richard Loring and Staff Sergeant John Farrell. Loring died in a plane crash in the mountains of Corsica in 1944 and Farrell died in Germany the same year, but their remains were not identified until recently. Both are being returned to their families for burial.

Loring was a native of Carver, and Farrell hailed from Arlington. You can read more in this article by the Boston Globe.