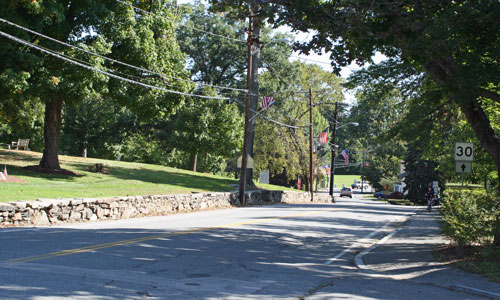 Selectman last week put their stamp of approval on a design to revamp Main Street from Sears Road to Park Street. It’s a project that has been in the works for about a decade. DPW Superintendent Karen Galligan has said she hopes construction will begin in 2014, but according to a recent story by the Worcester Business Journal, getting the anticipated state funding for the project may be an uphill battle.

Once the project is fully designed, which Woodsmall said could be as early as this year, the project will have to get in line with more than 140 others around the Boston MPO region that are also looking for funding through the Transportation Improvement Program (TIP). For a project in the region to receive state or federal funding from the MPO, it must appear on the TIP list.

MPO staff estimate there will be about $223 million available for transportation projects in the region for the period between fiscal years 2011 and 2014. Six ongoing projects, however, already take up almost $200 million of that funding. The largest of those projects is an improvement of Crosby’s Corner on Route 2 in Concord and Lincoln. Another project includes funding for improvements to Route 128 in Dedham, Needham, Westwood and Wellesley.

You can read the complete story in the WBJ.