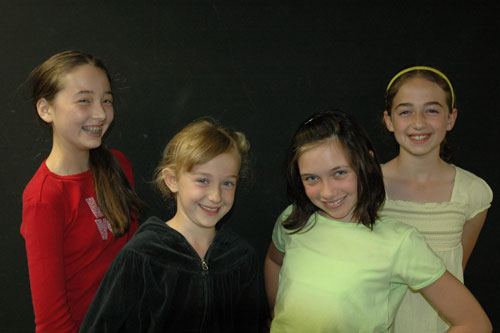 Above: Southborough cast members of the Metrowest Family Theater’s production of The Sound of Music, from left to right: Lexi Ryan, Megan Christy, Karleigh Kebartas, and Amanda Christy. (Contributed photo)

The Metrowest Family Theater will put on a production of “The Sound of Music” at Trottier Middle School on July 8-11. The show features over 50 actors from area communities, including four kids from Southborough.

Surely you already know the story of “The Sound of Music” — and if you’re anything like me, every word to every song — but here’s how the theater describes the show:

The final collaboration between Rodgers & Hammerstein was destined to become the world’s most beloved musical. When a postulant proves too high-spirited for the religious life, she is dispatched to serve as governess for the seven children of a widowed naval Captain. Her growing rapport with the youngsters, coupled with her generosity of spirit, gradually captures the heart of the stern Captain, and they marry. The family’s narrow escape over the mountains to Switzerland on the eve of World War II provides one of the most thrilling and inspirational finales ever presented in the theatre.