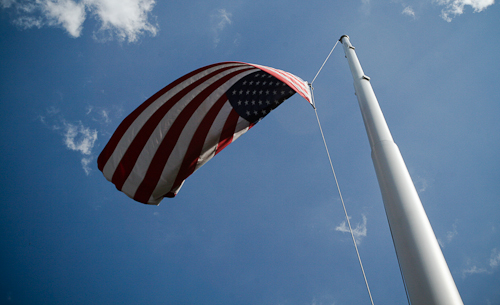 President Obama has ordered flags across the nation to fly at half staff until sunset on Tuesday, July 6 in honor of Senator Robert C. Byrd of West Virginia who died on Monday. On July 4, flags will fly at full staff in celebration of Independence Day, but they’ll return to half staff on July 5.

Flags in Massachusetts will be lowered on Saturday, July 3 also in honor of Spc. Scott A. Andrews of Fall River who was killed by an improvised explosive device in Afghanistan last week. He was 21 years old.