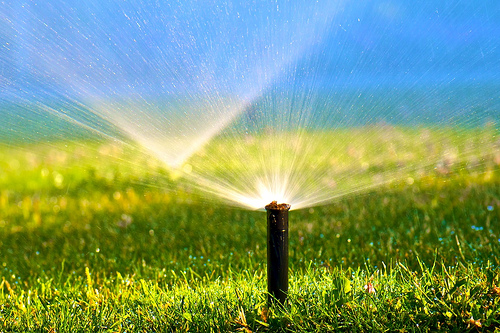 For the past several summers, Southborough has instituted a voluntary water ban during the summer months. Selectman last week voted to do the same this summer. The voluntary ban went into effect on June 30 and will run through September 22.

The ban is an effort to conserve water. In a letter to selectmen, DPW Superintendent Karen Galligan said the town is trying to stay below the per capita usage of 65 gallons per day mandated by the Water Management Act. In 2009, Southborough residents used an average of 62 gallons of water per day, beating the state guidelines for the first time. (But before you start shooting off your garden hoses in celebration, remember last summer was one of the rainiest on record.)

Galligan told me last year, that in addition to conservation, the voluntary ban helps reduce stress on the town’s water system. “Instead of 3,000 homes using water outside from 5:00 to 7:00, only 1,500 are using outside water,” she said. “It should keep the pressure fluctuation during high demand times a little less drastic.”

With the heat of the past few days, area towns like Hopkinton have resorted to mandatory water bans, but Galligan says Southborough shouldn’t need to take that route.

“Currently we only will mandate conservation measures if the MWRA has a supply problem and implements a restriction on the town,” Galligan wrote in an email.

Galligan said the town is considering developing benchmarks for when mandatory water restrictions would be needed, but hasn’t yet taken that step. Any benchmarks would need to be approved by the selectmen.