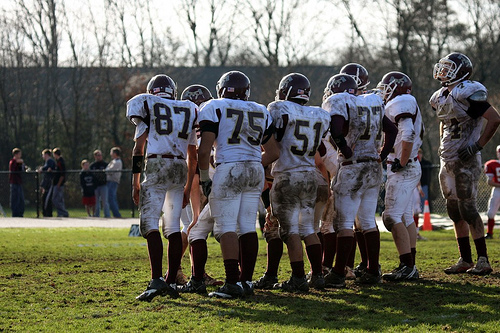 Above: The T-Hawks look to turn things around this season (photo by Margaret Kaigh Doyle)

The Tomahawks kick off their football season at home on Saturday night against St. Peter Marian. The game was originally scheduled for Friday night, but was moved to Saturday.

Algonquin is looking to rebound from last year when they went 1-10 for the season. Right guard George Ocnos recently talked to CentralMassNews.com about the upcoming season:

Through the travails of last season the Tomahawks got tighter as a team.

“I think that’s going to be the difference this year,” Ocnos said. We’re a team, and we’re a good team. We’ve been playing together for so long that we’re going to play as a team and beat people because of how close we are as a team, how hard we work, how we have each other’s back.”