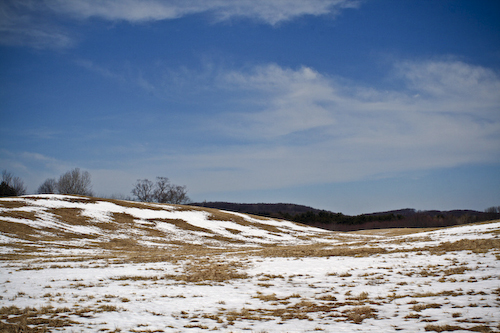 Time for another open thread. For those of you new to the blog, the open discussion thread is your place to ask questions, sound off on town issues, or share information with other readers. Here are some suggestions to get you started:

I read a recent article in the Metrowest Daily News that the Triangle Committee is seeking additional funds for a sign on the Cordaville Triangle. In fact, if I remember, it was to the tune of around 2000 dollars. Now, I hope committee members don’t take this personally, because it isn’t meant to be, however, why is there a need for a sign here? We already have that rusting hulk of steel that says Cordaville in a prominent place. Unless the committee plans to purchase a small bronze marker n recognition of something particular, I say save the money. Too much has already been put into that project, and I really think it’s time to be putting money into a place for safekeeping. The economy is still on the skids.

Two signs were proposed. One is a plaque that says the park was taxpayer funded – it’s required by the Community Preservation Committee. The other is an interpretive map that gives some info about the history of the area. Under questioning by selectmen last week, Triangle committee members said both signs were part of the original project plan and money remains in the budget to cover the cost. Those are the facts as I understand them.

Regardless of whether the signs were part of the original plan or if the money still remains in the budget……can’t the signs be
put on hold for now? No offense to the people involved with the project as I do
benefit since I live nearby but, I think the signs would be a very low priority at this point in time. Somebody needs to have a clear head here and realize the need to finish this project should be put into perspective and on hold,

I am wondering if there has ever been any discussion about a traffic detail between 8:35 a.m. and 8:55 am at the entrance to Woodward Elementary School . I drop my children off regularly and I have witnessed at least two (albeit minor) collisions. The proximity to the Route 85 and Route 30 intersection, the rush hour timing and the arrival of school buses and parents dropping off make a perfect storm for an accident. Drivers at this time are very courteous. Many times I am waved on (thank you). However, waving on can cause an accident if a third vehicle is unaware two cars are (even politely) adjusting the rules of the road. Finn seems to be better situated regarding traffic and I don’t know enough about Woodward at 3pm or the other schools (my kids aren’t there yet). Perhaps this is cost prohibitive, but I thought it would be interesting to see what other perspectives there were on this.

Can anyone speak to what Southborough’s and the citizens’ responsibilities are for clearing sidewalks? Not only this past week, but regularly this winter, I have seen many runners and walkers forced into the street because of snow covered sidewalks. I even have seen people after dusk in the street, presumably making their way home from the train station.

I accept that the town has limited resources: financial and personnel and that clearing sidewalks may be a luxury we cannot afford. If that is the case, would anyone support a bylaw requiring property owners to clear the sidewalks? This is probably fraught with issues, but I thought I would throw it out there.

Regardless of how you feel about all of this, I do want to encourage drivers to be on the look out for the runners and walkers; likewise, I encourage the walkers and runners to do as much as possible to ensure their safety and the safety of the drivers on the road.

Rob Stevenson has a great point.

None of the sidwalks by the train station have been cleared.

I’m not so sure I agree on this. I saw the DPW clearing the walkways with the front end loader and I recently saw the contractor for the MBTA clearing the sidewalk on the Fitzy’s side of Southville Road and they were also applying ice melting chemicals.

This letter to the Editor appeared in the Villager on Jan 28, 2011. It seeks support from Southborough voters for a warrant article submitted in December by town voters to reimburse town employees for legal expenses incurred in the past year’s town investigation that has been widely discussed on this blog. You’ll get a chance to express you opinion on this when you can vote at the March 15 Town Meeting. I hope you support this warrant article and urge your neighbors to support it.

As has been widely publicized, in 2009 and 2010, the Board of Selectmen in Southborough authorized a 7-month long investigation of eight Southborough town employees.

The May 6, 2010 MetroWest Daily News reported “Following a four-hour closed session, the (Southborough Board of Selectmen) board accepted the finding of an attorney and concluded that there was no wrongdoing…. ”

On May 18, 2010 Southborough resident Jim Hegarty appeared before the Board of Selectmen and asked them to consider reimbursing the town employees who had incurred legal expenses in connection with this investigation.

At subsequent Board of Selectmen meetings, Selectmen Bill Boland and John Rooney publicly stated their support to reimburse the employees for legal expenses incurred in this investigation. The Board of Selectmen did not agree on whether they had the authority to authorize reimbursement for these legal expenses and town legal counsel suggested this was a matter that should be decided bu voters at Town Meeting.

Southborough residents Jim Hegarty and Mark Murphy are submitting this letter to the Editor to request the support of our fellow Southborough voters in the upcoming Town Meeting for this warrant article which was signed by 19 town voters and submitted in December:
“To see if the Town will act to raise and appropriate or transfer and appropriate $14,248.25 for the purpose of paying attorney’s fees incurred by Town employees in responding to or dealing with a Town investigation during 2009 and 2010 or act or do anything in relation thereto.”

We are not looking to rehash the whole episode, assign blame, or second guess anyone. Our motivation is strictly to get these people reimbursed and hopefully close the book on this unfortunate chapter in our town’s history.

Thank you for your consideration.