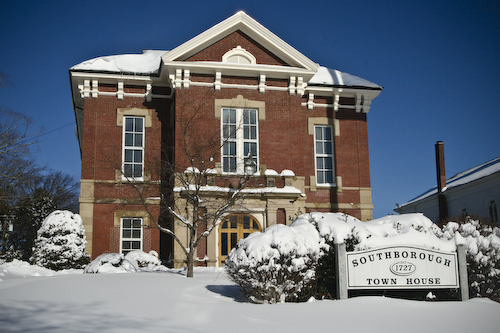 Readers pointed me to two interesting rankings by the Boston Globe this week. One ranking looked at the year-over-year increase in median home prices in Massachusetts communities, the other at median family incomes. In both Southborough ranked among the top.

You can see the full ranking here. The Globe only considered towns with a minimum of 40 home sales.

So, what do you think? Are you surprised by the data? Share your thoughts in the comments.

(Thanks to readers Wendy, Mike, and John for passing along the links.)

The jump in median home-sales prices doesn’t surprise me; it looks like a correction of the prior year’s precipitous drop. In 2009, it seemed the only homes here in town that sold were in the sub-$400K range, as smart buyers took the opportunity to get into an excellent community with good schools for a bargain price. 2010 saw a return to normalcy – with enough Sears Road and Sadie Hut sales to boost the average!

Median home prices are one of the most misleading statistics in Real Estate. There is a real simple explanation on why there was a spike in the median prices of homes in Southboro. Over the last year there were a few REALLY high end homes that sold in Southboro which has a big impact on the median price. There was one home that in particular that sold at over 3 million! Trust me market values have not been increasing. The market has remained very flat over the last year.

It is a good question whether even the median is comparable in a small sample from year to year.

Bill,
With all due respect, what you described would increase the average, not the median – not that I believe in any way that home values have increased when compared on an apples to apples basis.

The median is the value at which half of the values are above, and half are below.

Without looking at the data, my take away is that more homes with a higher value sold than homes with lower values. One or a couple more sales of homes at the lower values can move the median significantly.

For a bit of “nerdy” reading check out “How to lie with statistics” by Darrell Huff.

“There are three kinds of lies: lies, damned lies, and statistics.” Mark Twain, Benjamin Disraeli, or Sir Charles Wentworth Dilke according to wikipedia.