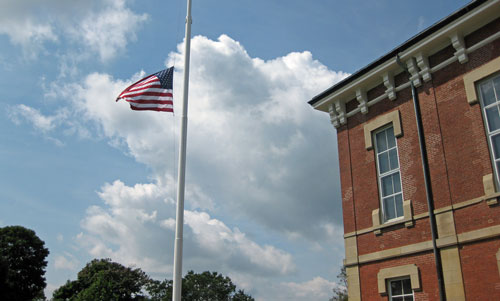 Flags in Southborough and across the state are flying at half staff today in honor of Chief Petty Officer (SEAL) Kevin Houston of Hyannisport. Houston was one of 30 American servicemen who were killed in Afghanistan when their Chinook helicopter was shot down earlier this month.

In his 16 years in the Navy, Houston received a Purple Heart medal, two Bronze Stars, and more than half a dozen other decorations. He was on his fourth tour in Afghanistan when he died.