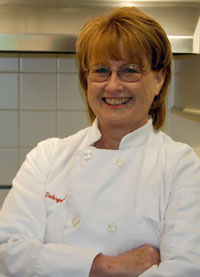 This is the latest in an ongoing guest series brought to you by Southborough’s Culinary Underground. This week Chef Lori shares a healthy alternative for those of you who love red meat: bison.

The other night, my husband uncharacteristically urged me to go out to dinner on a weeknight. Okay. Maybe a little Thai brown rice or a salad I don’t have to make myself. Surprisingly, he escorted me to a local pub. Where he immediately ordered up a bleu cheese-bacon burger, onion rings on the side. Wow. He’s been so good about sticking to a healthier eating plan (his choice! Honest! I’m not a nag about that stuff.) Later that evening, after briefly emerging from a beef-induced nap, he confessed to feeling logy and weird from the rare indulgence. Guess he was craving red meat, which has pretty much disappeared from our table because in the past year he’s been getting more bison than beef.

Have you tried bison yet? If you haven’t, please give it a try. Raised domestically and grass-fed, it has a lot of health advantages over beef; in fact, the saying goes that bison has all the taste of beef with all the advantages of chicken. We’ve switched over to ground bison in our favorite chili, burger, and meatloaf recipes. For those of us old enough, it tastes like beef used to taste before a lot of modern livestock “improvements”.

We use it a lot at Culinary Underground, too, as part of our effort to get students to break out of their comfort zones in regard to healthier ingredients. Our only gripe is that the price of bison has gone up quite a bit in the past 18 months – but most food prices have for that matter. For those us watching our middle-age waistlines and lab numbers, thought, it’s worth it.

As to why he was craving that burger: I don’t grill in the Massachusetts wintertime and burgers, to me, are really outdoor (or restaurant) food. But there are exceptions! The poor, deprived guy! Here’s a recipes for a shepherd’s pie using bison; I’ve switched out the regular white potatoes for the more nutritious sweet potatoes.

For more information on nutrition, recipes, and all that jazz, visit the National Bison Association’s website (www.bisoncentral.com).

Place the sweet potatoes in a large saucepan of cold, salted water. Bring to a boil, then lower the heat, cover, and simmer until very tender.

While potatoes cook, heat a little olive oil in a 12” skillet over MEDIUM heat. Brown the bison, breaking up the meat until very fine.

Drain the cooked sweet potatoes and mash them lightly. Season with salt and pepper, drizzle with a couple of teaspoons of olive oil. Use a wooden spoon or potato masher and and stir in enough milk to make a smooth mash.

Spread the bison mixture into the prepared casserole. Top with the mashed sweet potatoes, smoothing to cover. Bake for about 25 minutes or until hot (bubbling juices around the edges mean it’s done).