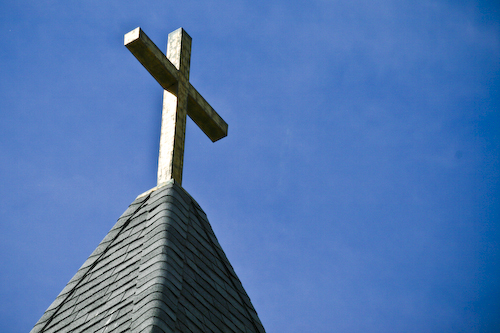 Above: Cross atop the spire of St. Anne’s Church

Information on this year’s Lenten Reflection Series from the United Parishes of Southborough.

For the eleventh year in a row the clergy of Southborough and the United Parishes of Southborough will be hosting a Lenten reflection series at each of their churches. This year’s theme is “Children of Abraham: Exploring Our Shared Connections with Muslims and Jews”. The series takes place on Tuesday evenings from 6 to 8 o’clock. After a brief worship service and a shared meal, the talk is followed by small group discussion. The following is the schedule for the series:

March 6th – Hosted by St. Mark’s – Barbara Talcott speaking on “An Introduction to Three Faiths: Is One Better than the Others?”