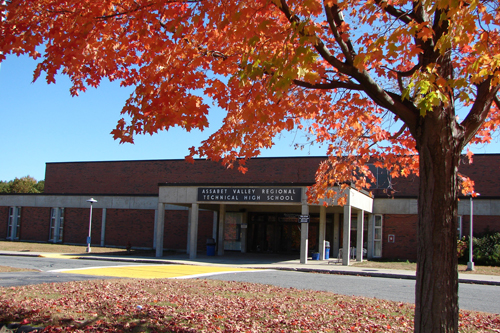 Above: School officials say Assabet is in desperate need of repair (photo via AVRTHS)

Town Meeting last week voted overwhelmingly to approve funds to help repair and renovate Assabet Valley Regional Technical High School. The decision, which came despite the warning of at least one town official, commits the town to paying $882,300 over the life of a 30-year bond.

The highest projected impact on taxes will be in fiscal 2017, when it would cost the average taxpayer $11.

Selectmen Vice Chairman John Rooney opposed a “yes” vote, saying that although he supports the project, his concerns over the possibility of the town being liable for additional debt payments have not been allayed

The town is currently embroiled in a lengthy legal battle with Northborough over debt repayments owed to the Massachusetts School Building Authority for the $61 million Algonquin Regional High School renovation project.

You can read more in this article by the MWDN. Southborough was the second town behind Westborough to approve the project. The remaining five member towns must also approve it in order for the project to move forward.