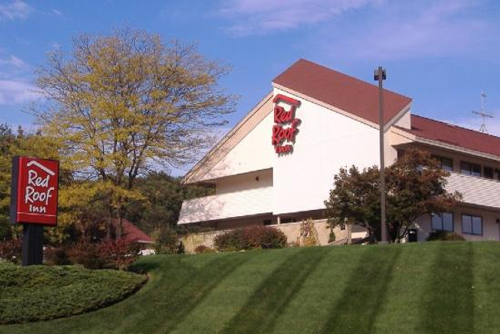 Above: The Red Roof Inn in Southborough (photo via TripAdvisor)

Southborough police on Tuesday night made an arrest they hope will break up a prostitution ring at the Red Roof Inn on Route 9. Apparently it’s been an ongoing problem. Reports the Metrowest Daily News:

While other cities and towns likely face similar problems, police said, rings seem to be targeting the Red Roof Inn because of its proximity to Rte. 9 and Interstate 495 and its price — $59 a night with coupons, low enough for prostitutes to check in for several nights in a row.

“It’s a recurring problem we’ve had out there,” with several different rings involved, Det. Sean McCarthy said. “Hopefully (the arrest) will put the kibosh on it.”

Read more details in this article.

Let’s See, Prostitutes to the West; Drug dealing to the East. All we need now is organized crime to take over and control it. Oh wait we have that in town already.
Southborough isn’t the sleepy little town that all of you thought it was.
I guess all of this started when they allowed Wendy’s to come to town,that’s the ticket.!