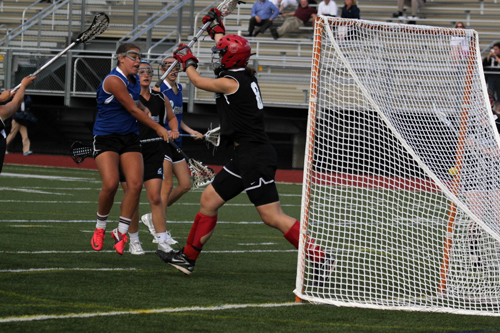 Above: Southborough’s Nikki Wrin scoring one of nine goals at the Harry Agganis Girls Lacrosse All Star Classic (contributed photo)

Check out this great story sent in by a My Southborough reader:

Nikki Wrin led a talented North All Star team to a 16-5 win over the South at the Harry Agganis Girls Lacrosse All Star classic last month at the Manning Bowl in Lynn. Agganis was a multisport star at Boston University who turned down an offer to play professional football for the Cleveland Browns so he could play for the hometown Boston Red Sox. Agganis’s career ended in tragedy when he died from a pulmonary embolism at the young age of 27.

Algonquin was also represented by Emma Decker who was outstanding between the pipes for the North All Stars turning away 13 shots, several from point blank range and held the South to only two goals in the first half!

Nikki and Emma were senior teammates on the Algonquin girls lacrosse squad that won their 1st district title and went on to became the first team ever from Central Mass to play for a State championship. 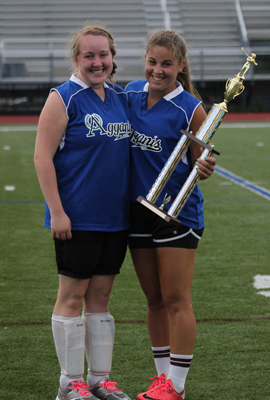 Above: Decker and Wrin after the game (contributed photo)

Nikki,
The Wrin magic struck again!
Congrats and I will miss seeing you everyday at school!