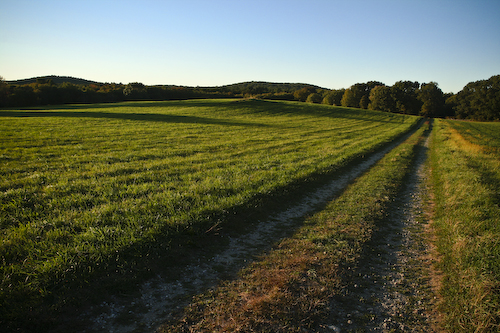 Local planning groups have secured a $15K grant to look into the feasibility of creating a regional system that would link parks throughout the ‘Boroughs. One of the planners told the Metrowest Daily News the idea is to create an “Emerald Necklace for the MetroWest.”

Southborough selectmen will learn more about the project at their meeting tonight. Here’s a press release from the Marlborough Economic Development Corporation that announces the grant.

The Metropolitan Area Planning Council (MAPC) has awarded District Local Technical Assistance (DLTA) funds to the Central Massachusetts “Boroughs,” which are Marlborough, Northborough, Southborough, and Westborough, to collaborate on the development of a regional park system. The four municipalities are exploring opportunities for a public-partnership for what would essentially be a Boroughs Regional Park System.

The Marlborough Economic Development Corporation (MEDC) and planners from the Northborough, Southborough, and Westborough communities jointly requested DLTA funding in May as a way to promote open space and expand passive recreation in the area. They expect to determine the practicability of the project, which is still in its infancy, by the end of the year.

The cooperative effort between these neighboring communities could be used as a model by other Massachusetts communities, according to Marc Draisen, executive director of the MAPC, a regional planning agency that promotes smart growth and regional collaboration among the 101 municipalities within its purview. The Council has the authority to grant DLTA funding.

“We commend the City of Marlborough for its bold and creative proposal for a regional park system and openness to collaborate with its neighboring communities,” Draisen wrote in a recent letter to Marlborough Mayor Arthur Vigeant.
This conceptual idea also received DLTA funding from the Central Massachusetts Regional Planning Commission (CMRPC), a sister agency to MAPC whose coverage area includes Northborough and Westborough.

According to MAPC, DLTA funding promotes regional collaboration, economic development, better land use and zoning, and environmental protection across Massachusetts.

MEDC, a chartered economic development corporation that works to foster economic development, job growth, and community revitalization in Marlborough, helped organize this project because a park system would bring a higher quality of life to those who live and work in the area.

The regional park discussion is on the selectmen’s agenda tonight at 8:40 pm. The meeting, which takes place in the Town House Hearing Room, is open to the public. You can also catch the broadcast live on public access Verizon channel 37 or Charter channel 12.