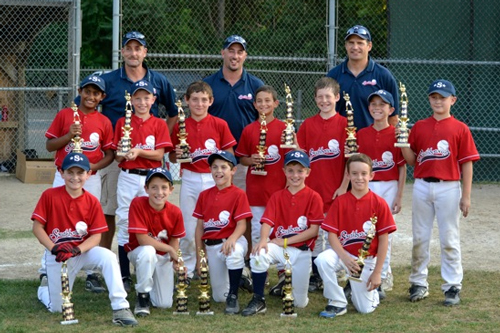 Southborough Youth Baseball’s 10-year-old team wrapped up its season on a high note the other week. Here’s an update from Coach Paul Secrist:

The District 10 team beat an undefeated Mansfield team 10-7 to win the Rockland Summer Smash Tournament in Rockland, MA on Sunday, July 29th. The win marked the perfect ending to a fun and successful summer season where the team went 11-6, winning the Rockland tournament and placing second in the Milford tournament.

Congrats to the boys on a successful season!