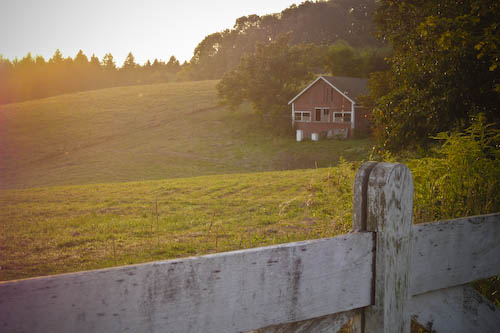 Back in June there was some discussion on this blog about a “horrific” smell in the area of Route 30 on the west end of town. At the time I couldn’t track down the source, but I’m wondering if an article in today’s Metrowest Daily News offers a clue.

According to the article, the Board of Health recently discussed complaints about the smell of manure coming from Chestnut Hill Farm. Health Agent Paul Pisinski said he gets calls every year about the smell, but the Board dismissed the complaints, saying the use of manure is permitted.

Board of Health member Nancy Sacco, who lives near Chestnut Hill, said she was annoyed by the complaints.

“The farm was there before these people, and (it’s) not doing anything wrong,” she said, adding that people don’t have to move in near farms if they don’t want to.

She said the complaints are hypocritical because the exact reason people move to the area is often for the rural charm afforded by the 55-acre Beals Preserve, which is a part of the farm.

You can read more about the discussion in this article by the MWDN.

I read the article in today’s MWDN, and Nancy, I could not agree with you more. If people want rural, and farms, with green pastures, it doesn’t come in a box or from the lawn service truck.

Really? This is trivial and surely a waste of time for the Board of Health. Southborough has been referred to as bucolic, rural…….and it has been a farming community since the 1600′s. Get over it! If you don’t like the smell of the country, go back to the city!

Smells good doesn’t it. I smelt it every day as a kid growing up in town and it kind of grows on you after a while. Mmmmm. It brings back memories of what the real Southborough used to be like. I have to laugh when people talk about the “character” of the town with all the change that happens, well, this “was” the character of the town. But only the “townie’s” would know that. For those of you that have grown up in the area you can also go and see the cows on breakneck hill road on the south side of town to get that old Southborough feeling. For more info go to http://www.southborobelties.org For everyone else, welcome to Southborough. Anyone feel like bailing some hay?

I could not stop laughing! Let me get this straight. You move next to a farm, but you don’t like the smell of manure? And, you don’t feel like a fool complaining? Do you buy organic veggies by any chance?

Recycling at its very best!

Nancy Sacco:
Thank you for your comments. We wish you were on the ZBA when we were having our issues. Clearly the same context is taking place.
Glad to see someone on a town board has a backbone and common sense and knows how to utilize both.!
“Move next to a farm and then complain”

There’s a story that my Mom tells about Johnson’s farm and St.Mark’s graduation.
Seems Johnsons’ would always spread Manure during graduation week and when asked to stop,He kept on doing so as the farm comes first over someone’s nose out of joint.