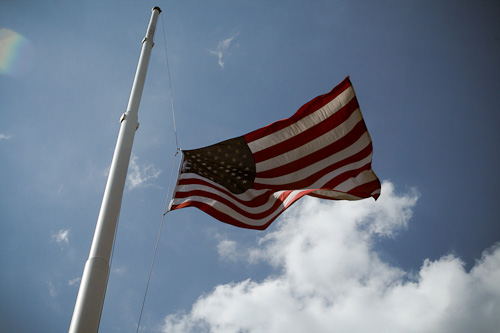 Flags in Southborough and across the nation are flying at half staff today in honor of U.S. Ambassador John Christopher Stevens and the three other American personnel killed in an attack on the U.S. diplomatic facility in Benghazi, Libya. Stevens and his fellow diplomats were killed while trying to evacuate staff who came under attack by a mob with guns and rocket propelled grenades.

In a proclamation yesterday President Barack Obama called the attack on the embassy “senseless,” and ordered flags lowered as a mark of respect for the memory of those killed.

Flags will remain lowered until sunset on Sunday, September 16.