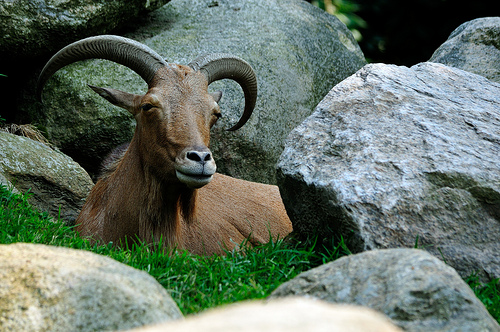 Above: A discount pass to the Roger Williams Park Zoo is just one of many available to residents thanks to the Friends of the Southborough Library (Image:Flickr)

If you’re looking to take in some area attractions over the Thanksgiving break, don’t forget about the discount passes available at the Southborough Library. The Friends of the Southborough Library, which funds the passes, is in the process of reviewing the program to determine which passes it should continue to offer and which ones it should swap out. Read more in this press release from the Friends.

SOUTHBOROUGH, MA OCTOBER 18, 2012: At their monthly meeting on Wednesday, the Friends of the Southborough Library weighed the costs and benefits of the 13 museum passes it makes available to Southborough residents. Over the past year, the passes saved Southborough patrons an estimated $25,000 over a year, yet some are underutilized.

“All of the passes pay for themselves. For some it is many times over and others much less,” said Nicole Debonet, who provided the analysis and serves as the group’s vice president. While the Boston museums are perennially popular, Mystic Aquarium and Roger Williams Park Zoo saw relatively little use. “We want to spend our money wisely,” observed Ms. Debonet.

Members suggested dropping the zoo in favor of another local attraction, such as Sturbridge Village. First they want to determine if people were simply unaware these passes are available. Friends’ President Beth Melo remarked, “Patrons may not realize we offer passes to places out of state.”

“Roger Williams is a beautiful zoo and only an hour’s drive away. If the pass is used more often we should continue to offer it,” Ms. Debonet commented. She urged residents to check out the zoo pass and the others available through the library at http://www.southboroughlib.org/services/museum-passes/.

Anyone interested in helping the Friends’ efforts to raise funds for these passes as well as other programs and services is invited to contact Friends’ Corresponding Secretary Valarie Lefavour at vmlefavour@gmail.com.