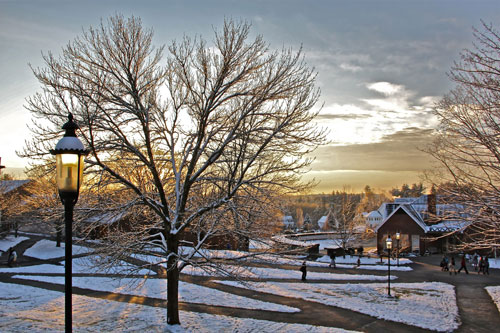 Above: Fay School is now legit in the eyes of the town (photo via Facebook)

Fay School was founded in 1866. In 1922 it incorporated. But it wasn’t until last week that the school was approved by the town as a legitimate private school.

Massachusetts law requires school committees to approve private schools in town “when satisfied that the instruction in all the studies required by law equals in thoroughness and efficiency (to the public schools),” and apparently, in the case of Fay School, that had never been done. A parent complaint back in 2011 brought the issue to light.

The parent of a Fay student complained at a Dec. 12, 2011 committee meeting that the school committee had never undertaken such a review of Fay and that the town’s lawyers were giving him the runaround.

Superintendent Charles Gobron responded that the school was aware of the concern and had already planned meetings with Fay to conduct an evaluation.

Assistant Superintendent Christine Johnson said Wednesday that while it is possible the town reviewed the school sometime since it was incorporated in 1922, the district could find no record of ever approving it.

The K-8 School Committee voted to approve Fay as a private school at their meeting last week. You can read more in this article by the MWDN.