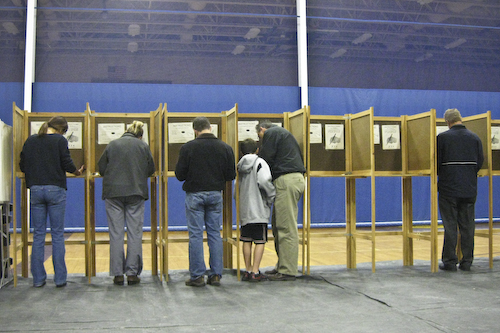 With only a couple days left to pull nominations papers, it’s shaping up to be a quiet election season in Southborough. Seats on the Board of Selectmen, both school committees, and the Planning Board are among those up for grabs, but so far none of the races are contested.

In January, Chairman of the Board of Selectmen John Rooney said he would seek a second term, and as of this morning, no one has opted to run against him.

Former Selectman Roger Challen announced in February he would seek a seat on the K-8 School Committee. Incumbent Deborah Keefe has not said publicly whether she intends to run again, and has not yet pulled nomination papers according to the latest records from the Town Clerk.

Friday is the last day to pull nomination papers. They need to be returned to the Town Clerk’s office with all the necessary signatures by Monday.

Daniel Kolenda has another year on his term on the Board of Selectmen, but he also sits on the Northborough-Southborough Regional School Committee, and earlier this month filed papers to run for re-election.

A number of incumbents have pulled papers, but as of this morning had not returned them to the Town Clerk. Those incumbents include David Combs for Town Moderator, MaryLou Woodford for Board of Health, Andrew Mills for Planning Board, and Jean Chappelle for Southborough Housing Authority.

Seats are also available on the Board of Commissioners of Trust Funds, Board of Assessors, and Board of Library Trustees.

Will there be a last-minute entry into one of these races to keep things interesting? Will it be you? Learn what you need to do to throw your hat in the ring in this post.

Town elections will be held on May 13.