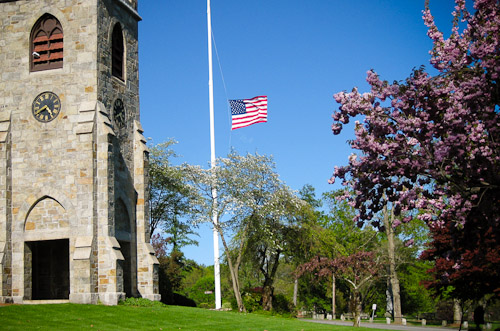 Governor Patrick has ordered flags across the Commonwealth lowered to half staff today in honor of the victims of yesterday’s bomb attack at the Boston Marathon. Flags will remain lowered until further notice.

Three people were killed in the attacks, including an 8-year-old Dorchester boy, and more than 100 were injured, many critically.

Update 1:25 pm: President Barack Obama has ordered flags across the nation lowered to half staff until sunset on Saturday, April 20.