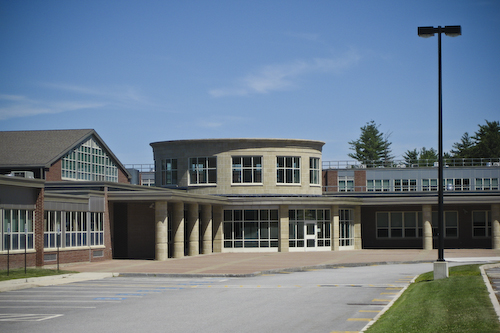 The battle over how to split state reimbursement money issued after Algonquin was renovated and expanded has continued long after the construction debris was cleared away. Unable to reach an agreement on how to split the reimbursement cash, Northborough and Southborough headed to court in 2010. Last week a judge in Worcester sided with Northborough, which could put Southborough on the hook for as much as $1.5M in additional debt payments.

When the two towns decided in 2001 to build the $61 million school, they agreed to split the roughly $36 million state reimbursement based on average enrollment from each town.

Since that time, the state has created a formula that instead distributes reimbursement based on a number of socioeconomic factors, including wealth. Northborough said it felt the reimbursement – which affects how much debt each needs to pay – should be doled out that way, while Southborough said the towns should be bound by the original agreement.

The disagreement caused much conflict between the towns, with the regional school committee caught in the middle. In 2009, the regional committee proposed that the towns split the difference. Northborough Town Meeting accepted the proposal, but Southborough voters balked at it. In November 2010, Northborough decided to sue.

In the ruling last week, a Worcester Superior Court judge said the new state formula should be used to distribute the money. Southborough officials have not said whether they will appeal the decision. Read more in this article by the MWDN.

What a terrible article by MWDN. The whole point of this is that there was an original agreement that Northborough decided they could make money by ignoring because they realized that legally the could have made a better agreement. The one piece of information that one would want to get out of reading the article would be why the judge ruled with Northborough when on the surface it is obvious that Southborough is in the right.

If we choose not to appeal…and we have to ‘cough up’ the funds, what’s the impact on us individually? Has the money already been set aside, or will we have to tap the reserve, or, increase our taxes, etc?

I wish there was a way we could renege on the whole high school agreement. If we knew then what we know now, we would have had a separate high school 12 years ago.