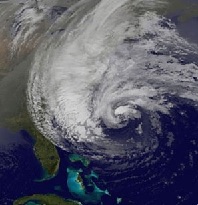 Did you realize that we haven’t had a “reverse 911” since Hurricane Sandy hit?

I got so many cancelled school messages from the Superintendent’s office this year, I didn’t notice that the town had been unusually quiet.

Southborough was one of the towns piggybacking on Worcester’s E911 system. Water damage destroyed it in the big storm. Worcester opted to investigate a new system for the city. Other towns were left to their own devices.

Since then the Emergency Management Committee has been researching, budgeting, and testing a communications system. This weekend, CodeRed was successfully implemented.

At this point, the database includes all published numbers in Southborough.

Over the next few weeks, the town will be notifying residents and businesses how to register for improved access.

There will be the ability for residents to add their unlisted and/or cell phone numbers. Unlike reverse 911, CodeRed will be able to send text messages. There is also a smart phones app with more functions. And non-residents who work in Southborough can register.

So be on the lookout for more information from the town. (And don’t toss it in your junk mail pile!)

As for how the system will be used, policies still need to be finalized. Reverse 911 for Southborough was controlled solely by the Southborough Police Department. Going forward, more departments will have access. According to Emergency Management Chair Neal Aspesi, it will be up to Selectmen to finalize the policy.

I know some readers will want to know about the costs.

The town budget passed in April covered the cost of the system. And by choosing a regional system coordinated with Northborough and Westborough, Southborough received a 15% discount.

The contract covers a banked number of allocated minutes. The town has someone monitoring the minutes to ensure we don’t exceed them (or determine if we are eligible for reimbursements.)

I’m always behind on things in my own back yard… any pointers to the research, test plan and contract from the EM Committee?

Hey…good time to check out the system, given the Tornado warning!

I hope they leave a message on the answering machine or show who’s calling. So many of us don’t answer the phone if we don’t know who’s on the other end.

Remember the days when we actually had to answer the phone to find out who was on the other end? I must be dating myself but sometimes I think the old way was better. No cell phones, texting, caller ID, etc. Ah, the olden days!

95% of the calls I get on my land line are fund raising calls. In the “good old days” when the phone rang it was someone who you wanted to speak with.

We may all long for the “Good Old Days” but we should be a little circumspect when we do so. The “Good Old Days” included: Polio, No Irish Need Apply, Jim Crow, No Votes or Jobs for Women, Blue Laws, Catholics cant be buried in our cemetery, Cholera, child labor, etc.

Every time I get a longing for the “good old days” I think about the dentist and ask if I want the dentist of my youth or the one I have today. That gets me thinking straight again.

I get so many telemarketing calls, a lot of them are scams, that I decided not to answer. I get at least two or three a day. Do not call list doesn’t work.