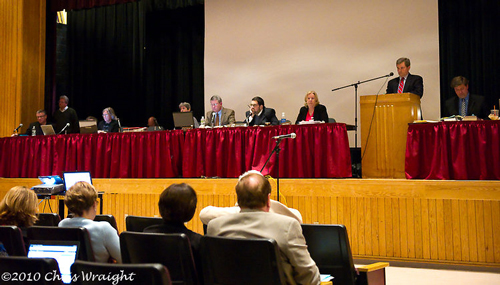 We’ve been hearing for a while that a Special Town Meeting will be held in the fall. Now we have a date. So mark your calendars for Tuesday, October 7th.

The warrant for the meeting isn’t official yet. But these are the items expected to be up for a vote:

The Planning Board’s Zoning Bylaw revisions have been extensively covered by this blog. The most recent news on the issue was the decision made by the Planning Board to remove the Open Space Reservation Development bylaws from their proposal. They chose to instead proceed solely with the revision of the general bylaws.

At this point a final draft hasn’t been disseminated. But last week, Mark Purple, the Town Administrator, reported to Selectmen that the Planning Board asserts they are on track for the October meeting.

(Note: I was unable to attend this week’s Planning Board or Advisory Committee meetings, both of which had this item on their agenda. So I can’t provide a more recent update on its status.)

This item is proposed as an alternative to the Planning Board’s revisions. The petition was signed by 100 residents, as required by law. The flyer soliciting petition signatures is attached.

The initiative leaders explained that the town’s revisions were initially to fix issues that make current bylaws illegal. But the revisions have extended well beyond that in number and scope.

Their proposal is that residents should have an option to fix the legal problems without adopting major changes to zoning practices.

We have no personal opinion at this point on the Planning Board’s comprehensive update (as the final draft has not yet been published)–we simply believe that the voters should have a choice of how to proceed.