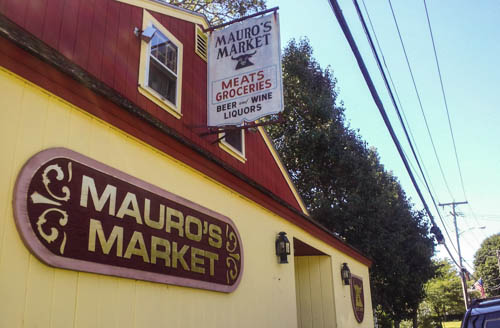 Mauro’s Market, a downtown Southborough institution, will soon have a new owner, and for the first time in 46 years, the owner’s last name will not be Mauro.

Longtime owner Steve Mauro, who also owns Mauro’s Village Cafe (aka the Spa), said the time required to maintain both businesses was becoming too much. “It’s time for me to relax,” he said.

With his children not interested in taking over the market, Mauro made the decision to sell. He will retain ownership of the Spa, which is located next door to the market.

Mauro said the market has been in his family for 46 years, dating back to 1967 when it was purchased by his father.

“It was more of a hardware store at the time,” Mauro said. “It slowly evolved to become what it is today.”

The Board of Selectmen last night approved the transfer of the store’s liquor license to new owner Vinod Patel, a longtime Framingham resident.

Patel, who owns three other convenience stores, told selectmen the business will continue to operate largely as it is today, but he has planned some “gradual improvements to the building,” including potentially changing the store’s footprint.

In addition to reducing his workload, Mauro said the decision to sell was in part economic. As a small independent store, Mauro said he had a hard time getting good pricing from his suppliers. With the combined buying power of his multiple stores, Patel may be able to offer better prices, Mauro said.

At their meeting last night, the three selectmen commended the Mauro family for their years of community involvement. “I thank the Mauros for their commitment to this town,” Chairman Dan Kolenda said. “Anyone who lives here knows the Mauro name. They are very well respected.”

Mauro will continue to be the face behind the counter for a bit longer, until the liquor license transfer is approved by the state. You’ll see him at the Spa after that, but why not stop by the market while he’s still there and wish him well.