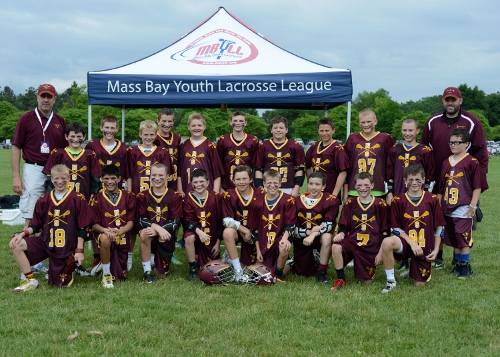 Meanwhile in youth sports, pride is big for U13 Boys Lacrosse. A parent shared:

[Sunday] the Northborough-Southborough Tomahawks U13 Select Team defeated the Franklin Wildcats by a score of 11-5 at the Devens Recreation Complex. This was a re-match of last years’ title game which Franklin had won. This State Championship game was held at 2PM between the top two seeds in the tournament. The Tomahawks had to play the semi-final game in the morning after [Saturday’s] game was postponed due to the heavy thunderstorms. The Tomahawks defeated the Hamilton-Wenham team in that semi-final by a score of 8-1, and then had an hour to rest before the Championship game.

The Tomahawks dominated in ground balls and time of possession in both games. [Sunday’s] Championship capped an undefeated season for Northborough-Southborough with 10 wins and 1 tie.

Congrats to all the athletes, esp. the LAX team to win on one hour’s rest….