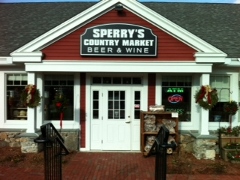 It’s time for a roundup of local media coverage on what our elected officials have been up to. (Don’t worry, this isn’t another flurry of press releases.)

Locally, selectmen’s hiring of a new payroll clerk made news.

An older, but more impressive story, shared the story of one of our selectman’s good works outside of town government.

In the state house, stories were a bit more grey.

In some good news/bad news, the state house passed the town’s requested licenses for two liquor businesses. But it derailed an effort to put the power for granting locals the right to decide future licenses.

And a Southborough family was cited as an example of a problem state legislators are seeking to fix. But the story also covers opponents concerns about the bill’s consequences.

In the Democratic Republic of Congo (DCR), the word “kolenda” means strong. When Southborough Selectman Daniel Kolenda visited the DCR to train soldiers on the rules of war, “the troops would chant and sing it, sometimes around me, after a training class,” he relayed. . .

Despite language, culture and educational differences, “the troops were very engaged and asked really good questions,” Kolenda said. “These are new concepts for them, but they were very receptive.”
One question asked was why they should follow rules of war when their enemies don’t.

“That makes you no different than the enemy,” Kolenda told them.

He noted that one of the best things about the training was that the officers were listening and reinforced the message to their troops.

“The soldiers were taught that there are two parts of their mission: to defeat the enemy and to protect the population. We explained why they can’t target civilians and should protect certain buildings, such as churches and hospitals,” Kolenda explained. “If they don’t, they will lose the population they are there to protect and create more enemies.” (read more)

At a brief special meeting of the Board of Selectmen, members voted unanimously to appoint Ashley Tanis as payroll and benefits clerk in the Treasurer’s Office.

[Town Administrator Mark Purple] said Tanis was chosen because she had the understanding of municipal government, experience with pay and benefits and a positive attitude towards customer service, which made her stand out among the applicants. (read more)

After sidelining Gov. Deval Patrick’s proposal to make alcohol licensing a purely local responsibility, the House and Senate on Monday quietly went about the business of approving local licensing requests.

The House passed a pair of bills based on legislation proposed by Acton Sen. James Eldridge and Holliston Rep. Carolyn Dykema. One bill (H 4311) specifies a license for Panzano Market in Southborough and the other (H 4312) authorizes a license for Sperry’s Country Market Beer and Wine. Both businesses are located on Turnpike Road. (read more)

Qiong Dai and her husband had an offer on their Southborough home and were ready to move into their new place in Wellesley when the sale collapsed two weeks ago.

The problem: They had purchased their Southborough Colonial in a foreclosure sale in 2007, and the title to it was among the hundreds in Massachusetts muddied because of sloppy paperwork by previous lenders. That made the house hard to sell now.

“My whole life is in up in the air,” said Dai, who is facing two mortgages and uncertainty about where to send her children to school in a month. “I didn’t do anything wrong. Why would I suffer?”

A controversial bill aimed at helping homeowners who purchased foreclosed homes in recent years is winding through the state Legislature, and supporters hope it will pass before the session ends Thursday. It would reduce the amount of time people would have to challenge the legitimacy of a foreclosure and sue for the title from 20 years to about three. (read more)

[Editor’s Note: I found later stories showing that the bill has passed. However, opponents were still calling for Governor Patrick to veto the bill.]