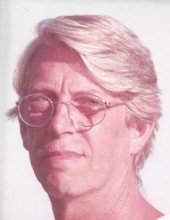 Peter J. Kellogg passed away on August 29, 2014, at St. Vincent Hospital in Worcester, after a brief illness. He was 68.

Born in Great Barrington and raised in Copake, NY, he was the son of the late Henry and Ruth (Young) Kellogg. Peter graduated from Deerfield Academy in 1964 and attended Boston University.

In 1976, he graduated from the Northeastern University Physician Assistant Program. Following graduation, Peter spent his working career at St. Vincent Hospital until the time of his passing. He had planned on retiring on Labor Day.

Mr. Kellogg served his country in Vietnam during the war as an Army Medic. Peter enjoyed several hobbies which included: gardening, photography, and baking. He loved his dogs, and their evening walks and morning trips to Duck Trap beach up in Maine.

An avid woodworker, Peter built his current home in Southborough. Mr. Kellogg also loved Camden, Maine where he summered and vacationed most of his life. He lived in Southborough since 1979.

A Memorial Service will be held on Saturday, September 6, 2014, at 1:00 p.m. in Hays Funeral Home, 56 Main St. Northborough. To share a memory, or to leave a condolence for the family, please visit www.haysfuneralhome.com