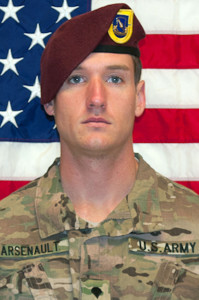 The Algonquin graduate and Bronze Star recipient was killed in action in Afghanastan on September 4, 2014. His wake took place on Monday and funeral yesterday.

The funeral was of course attended by members of the military, government representatives and local media.

There was also a large turnout of people showing their respect by helping to line the streets. Many were from neighboring towns like ours.

Here is some of the media coverage from the event with videos and pictures.

If you weren’t able to make it but still want to pay your respect, contributions in lieu of flowers can be made to Wounded Warrior Project, P. O. Box 758517, Topeka, Kansas 66675.