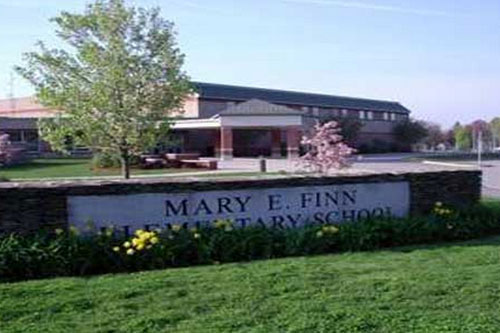 Above: Superintendent Johnson asked a member of the school committee to join group discussions on the feasibility of adopting free full day kindergarten at Finn School. (Photo from school website)

A movement to implement tuition-free* full day kindergarten in town may be gaining traction.

Last fall, some parents asked the Southborough schools to “start a conversation” about transitioning to free full day kindergarten. The topic was back on the School Committee’s agenda last night.

As reported by Southborough Wicked Local, Superintendent Christine Johnson said that it’s a good time to start that conversation:

Johnson said at Wednesday night’s School Committee meeting it’s a good time to have the discussion given changes in kindergarten standards on the state level. She suggests the committee appoint a member to join in the talks.

“So far feedback has been great,” Johnson said of the group.

With budgets and other projects, she recommends a member join the group in late April or early May.

“It gives us the opportunity to do some great work over the summer,” Johnson said.

She said that will allow the committee as a whole to have discussions on the budget and curriculum at the beginning of next school year instead of getting a late start.

Currently, only a handful of Finn School students attend as half-day. The free half day program was integrated into full day classrooms two falls ago. So there are no dedicated half-day classrooms.

*[Editor’s note: “Tuition free” at the start is my token concession to the commenters deeply offended by “free kindergarten” who have to immediately rant “It’s not free – it’s funded by taxpayers!”

You would probably prefer I use “fully-taxpayer-funded full day kindergarten” or create an acronym FTFFDK. But free Kindergarten is just easier, and everyone knows what it means. Still, in case you believe the last part of that statement is incorrect, I’m giving you that little acknowledgement – free only refers to tuition.]