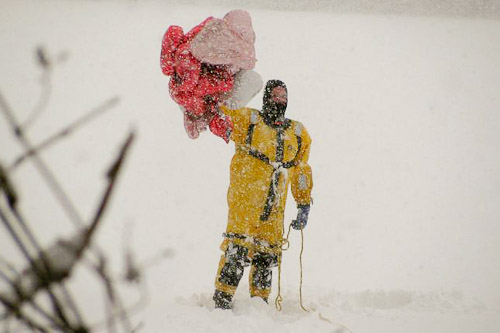 Ten years ago, the Zoning Board of Appeals rejected plans to raze Woodbury Tavern, built in 1808. Marquis de Lafayette was said to have stopped their in 1825 to honor the town’s Revolutionary War veterans and soldiers’ widows.

The board denied building of an office complex at the site. ZBA members supported residents concerns about the scale of development for the location (Turnpike Road at Central Street).

(How is it possible that I have no memories of the tavern’s existance? By official town maps, its 75 Turnpike Road address no longer exists. In googling it, I could only find archived stories. At least this one has a long excerpt, sharing that David Falconi was trying to save that piece of town history.)

20 years ago: Looking towards Town Meeting

Selectmen approved preliminary budgets for town meetings calling for a $1.1 Million increase. One of the 51 warrant articles asked for the establishment of a new position, reporting to the Cemetery Supervisor. The worker would be responsible for maintaining town recreational fields and the cemetery.

(Almost ten years later, restructuring to outsource that maintenance work would contribute to the infamous layoff of the supervisor.)

Meanwhile, the Planning Board held a public hearing for feedback on proposed bylaw revisions. Their focus was on the Major Residential Development. The board was preparing to bring revisions to Town Meeting. The revisions were to make laws more economically feasible for developers and less subject to legal attacks.

(I wonder what the Planning Board will be working on twenty years from now?)

125 parents showed up to an SOS sponsored curriculum night. A spirited discussion followed the presentation of the superintendent’s goals by “6th grade teacher” Charles Gobron.

(I have a feeling that guy’s going places.)

Parents grilled teachers on the curriculum review process, planned changes, and how to participate. One parent expressed crowd sentiment, “As a community we’re starving for information”

Bonus: 5 years ago on My Southborough: Balloons in danger, village zoning, and school fees

“Firefighters brave snow and ice to rescue … a bunch of balloons”

Southborough Firefighters literally risked their lives rescuing balloons. The partially deflated balloons appeared to possibly be a person in the middle of frozen Sudbury Reservoir.

Worse, once out on the ice, firefighter had to double check there wasn’t anyone under the ice who had been holding the balloons. (That’s dedication.)

While readers enjoyed that story, the ones that sparked the most comments five years ago were:

“Residents speak out against proposed changes to village zoning”

The Zoning Advisory Committee scheduled a meeting for community feedback on proposed Village zoning changes. The ZAC was seeking to develop downtown with more restaurants and shops. Some residents agreed with the visions. Others objected to the greater impacts on town character. (read more)

Advisory Committee members asked Superintendent Charles Gobron if raising school “user fees” was a good way cover some budget costs. The suggestion was to raise parking and athletic fees at Algonquin and activity fees at Trottier. In the discussion a committee member cited lower fees in other districts. Susan posed the question to readers, what did they think? (read more)

The “tavern” was a private home for decades up to the time of it’s “disappearance”. I believe it was purchased by a couple in town who dismantled it and I they had planned on re-assembling the home on another site. I don’t think they ever re-assembled the house.

I also recall that scenario. It was Laurie Bourdon (sp?) and her husband. Haven’t heard a word about it since it was dismantled. Not even sure they still live here…

I think that was the Bezokas home. Dennis was nicknamed the Mayor of Fayville for all his good works in the area.

Dennis did live there. The house was owned by our Grandfather Louis Noberini.

Ahhh yes the dismantling of the Tavern house. Some good times had there with myself, Johnny, Mickey and the rest of the crew. A nickel would get you into the place past midnight. Shame it was taken down, darn shame. Legend has it , it was reassembled high a top the trees.