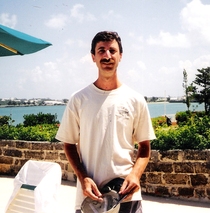 Todd A. Lapidas, 54, of Southborough, died Friday April 24, 2015 at the Miriam Boyd Parlin Residence in Wayland, Massachusetts. He was born in Boston and was the son of the late Manuel and Lois (Kessel) Lapidas.

Todd was raised in Southborough, MA. and was a graduate of the Lincoln-Sudbury High School Class of 1978. He subsequently graduated from the University of Massachusetts, Amherst with a Bachelor’s degree in Business Administration. Todd was last employed as a Controller for Data Distributors in Framingham, MA. and worked previously in various senior accounting positions. He was an avid Red Sox and Patriots fan who enjoyed golfing, skiing and automobile technology.

Although Todd was ill for many years, he always maintained a positive attitude about life. He will be remembered as a loving, supportive, generous man who was a wonderful and caring father.

Services will be held on Sunday, April 26, 2015 at 10:00 A.M. in the Chapel located at Sharon Memorial Park in Sharon, MA. Interment will follow.

The online guestbook may be signed and viewed at www.CollinsFuneral.com