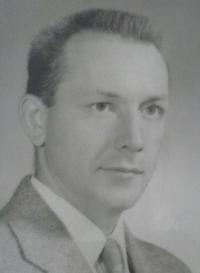 Joseph Raymond Minville, 90, of Southborough died May 6, 2015 after a brief illness.

He was the husband of Dorothy (See) Minville who predeceased him in 2005. Born in South Swansea, Massachusetts, he was the son of Maxime A. Minville and Blanche (Courchaine) Minville.

After basic training he attended service school in Norfolk Virginia, graduating as a parachute rigger 3rd class, and served aboard the U.S.S. Independence Cvl-22. He participated in strikes against Marcus and Wake Islands, then Rabaul on the way to the Gilberts.

On November 20, 1943 the ship was torpedoed during the invasion of Tarawa. After extensive repairs, the Independence re-emerged as our nation’s first dedicated night carrier. Joe went to gunnery school at Camp Waianae, Hawaii, and became a coxswain and gun captain. Over the course of his action in the South Pacific, he received numerous medals and ten battle stars.

He reenlisted in June 1946 and was assigned to the naval research lab where he ran LCM’s, motor launches, a 90-foot patrol boat, an air/sea boat, and other vessels as required for experiments on Chesapeake Bay. He was discharged on April 10, 1948.

Joe was a licensed merchant marine officer and sailed for American Export Lines.

He entered Boston University in 1953 and received Bachelors and Masters degrees in Geology in 1956. He worked for the Perini Corporation as a Project Engineer, Estimator and in the claims division on various dams, tunnels, highway projects and power plants from 1957 until his retirement in 1984.

Funeral arrangements are private. Donations may be made in his name to the Joslin Diabetes Center, Boston, MA.