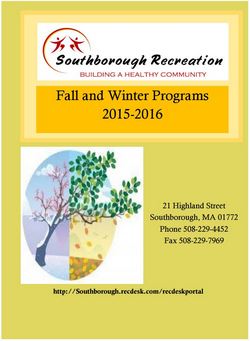 Right: Are you unfamiliar with all the recreation programs the town offers for preschoolers and adults? Are you one of the “new families” Recreation has had trouble reaching? Check out the Fall/Winter brochure. Or visit the Rec Department website.

The Board of Selectmen were updated on the status of Town Recreation programs, resources and projects this week. Here are some highlights from the presentation.

The Town’s Home-Rule-Petition for an extended lease was heard and voted on favorably by State House committee. It now needs to proceed to votes at the full House and Senate.

Town Administrator Mark Purple said that House counsel changed the wording a little. But was pleased that

it still gives us what we need to make the project financially feasible through user fees.

Purple anticipates a vote this session. He was optimistic that between the favorable vote and local support, it would succeed. He then expects turfing to take place late next spring “after everything dries out.”

(Hegarty asked me to share the project’s progress and his thanks to the community for all the letters in support. He believes they made a difference.)

They are working towards getting a bid out for the lights at the fields in front of Woodward School. Ferguson believes work will take place in two phases, beginning this fall after the ground is firm. She hopes to have lights in place before the start of softball and soccer in the spring.

$68,000 in Community Preservation Committee funds was approved for refurbishing the tennis courts at Finn and Neary schools at last Town Meeting. Ferguson said the project will cost a “little bit” more than that. She is now pursuing additional grant funding from the United States Tennis Association. She thinks the project is likely to be completed next year.

The wooden playground at Fay Memorial Park (Central Street) is over ten years old. Ferguson said parts are hard to find and the playground needs replacing. She has applied for a CPC grant.

The department is preparing to start a Facilities Study this fall. They will be reviewing the Town’s fields, gyms, parks, and playgrounds with help from an outside contractor.

Ferguson was proud of the departments successful after school (RAP) program. She said that they had 2,000 registrations in the program last year. (Not to be confused with 2,000 people. The program offers many programs at each school with multiple 5-6 week sessions throughout the year.)

She was also happy to share that they added special “adaptive” programming and equipment. (These would be for kids with special needs.)

What she was less proud of is a dip in the “town-wide” program numbers. Ferguson said her department needs to take a better look at what is happening and why.

She believes the decrease in numbers is primarily in pre-school aged programs. They need to find out if it is related to the programs or vendors they are using. But she acknowledged that they may be failing to promote the programs well enough to “new families”.

The department head told the board that they stopped mailing out the brochures to residents two years ago. The mailings cost $5,000 and brochures come out twice per year. They tried sending out a postcard, but deemed it to have little impact.

Instead they have been relying on their extensive email list, school notices, and this blog. Ferguson noted that many new families may not be hearing about programs until kids are old enough to be in school, so they aren’t on the email list.

[Note: If you haven’t been receiving Town Rec’s emails on upcoming programs and events, you can add your name to their list here. You can also check out current and upcoming offerings by visiting the website.]