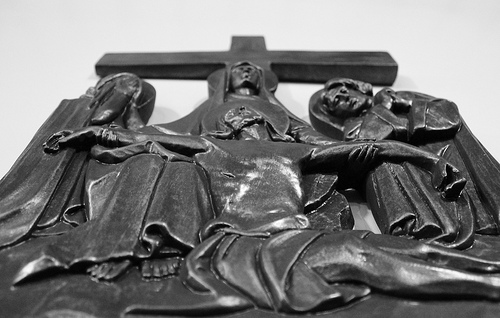 Above: This year’s Lenten Series in Southborough Churches will focus on Jesus’ “Journey to the Cross” including the descent. (image from St. Ninian’s Episcopal Church, Pollokshields posted to flickr by Charles Clegg)

The United Parishes of Southborough are inviting the community to their upcoming Lenten series.

It’s the 15th year that town churches are coming together in observance of Lent.

All are welcome to join them for weekly prayer, presentations, conversations and reflection. Each evening includes dinner, a kid’s program, and childcare.

This year’s theme is Unpacking Jesus and Lent: The Journey to the Cross.

The series will take place over the following three Tuesday evenings*:

*The first event was to be hosted by St. Matthew’s on March 14th. It was cancelled due to the blizzard.