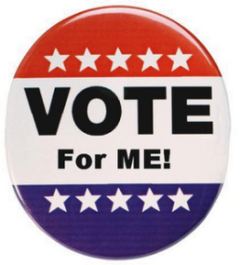 Don’t worry, I’m not running for anything. I’m reaching out to those of you who are. (And updating others who might be considering a future run.)

I’m behind in reaching out to candidates running in the Town Election. (This late month Town Meeting really has me thrown off this year!)

So, in case I have trouble reaching anyone, here’s my public call for letters. (Candidates, please scroll down for important details.)

While I’m at it, I’ll throw in an update on the Board of Selectmen vacancy.

Last week, the board agreed that they won’t wait until next spring’s election to fill John Rooney’s seat. But they worried that cramming in a Special Election in June or over the summer wouldn’t be fair to candidates.

The timing was discussed but not settled. (Not too early in September as people are returning from out of town/getting started in school and sports. Not overlapping Jewish holidays. And trying to keep it on a Tuesday.)

Chair Brian Shea and Town Clerk Jim Hegarty planned to speak offline about a potential date and bring that back to the board.

Setting the date is on this evening’s Board of Selectmen. So we may hear an announcement at Town Meeting tonight.

Each candidate for a contested position can submit one (and only one) letter to the editor asking readers for their vote.

Letters from candidates can be emailed to mysouthborough@gmail.com between now and 9:30 am on Friday, May 5th. Candidates that submit letters early can request that letters be posted within a weekday of submission – or ask for me to hold them off for a subsequent weekday. (Feel free to throw in a head shot and/or campaign sign image with your letter.)

All letters will be posted by the end of the day May 5th.

On Monday, May 8th, I will post a reminder about the election with links to candidates’ letters.