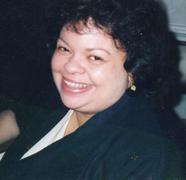 Patricia Louise Morgan, 58, a 17 year resident of Southborough and original from Natick, passed away on December 16, 2017, at St. Francis Rehab and Nursing Center in Worcester after a multi-year battle with Moyamoya Disease.

Patty grew up in Boston as a young child and was the daughter of the late William A Morgan Sr. of Natick and the late Mary T Morgan of Hopkinton. She graduated high school from the Country Day School of the Sacred Heart in Newton and earned her BA from Regis College in Weston in French and Political Science, Patty was the Procurement Administrator for the Town of Framingham 2001-2009. And in May 2009 both the Commonwealth of MA State Senate and the House of Representatives each awarded her their Official Citation of Congratulations for ‘Being honored as a Distinguished Employer Award recipient who has exhibited exceptional commitment to inclusionary hiring of persons with disabilities’. Patty also worked for Hewlett-Packard Company, General Electric Capital Corporation, Digital Equipment Corporation (DEC), and Bank of Boston. And during her career, she won many professional awards for outstanding performance, diversity initiatives, and leadership.

Patty was dearly loved by all, had a wonderful smile, was an absolute sweetheart, was adored by many, helped all who needed it, and was a woman of tremendous faith. She was also a fun loving person, and a lifelong highlight was her trip to Australia to visit one of her very best friends. Patty had a great life, and made all of our lives great!

Patty is survived by her brother, his four children and his two grandchildren; an aunt; many cousins, plus some really great friends.

Friends, former co-workers, classmates, and others [were] welcome to visiting hours Tuesday, December 19, from 9:30 to 10:30 AM at the Morris Funeral Home , 40 Main Street, Southborough.

A funeral Mass [followed] on December 19, at 11 AM at St Anne Church, 20 Boston Road Southborough. Following the Mass, Patty will be buried in the St Patrick Cemetery, 180 Pond Street, Natick.

Flowers are welcome for the visiting hours.

To leave words of condolence to the family, please visit Morrisfuneralparlor.com.