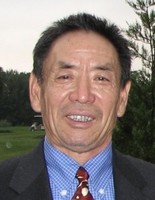 [Editor’s Note: Unfortunately, I didn’t receive word on this until after the funeral service took place.]

Xiangqian Qi, 70, of Southborough died peacefully Friday June 22, 2018 at home. He was the husband of Mingfeng Liu for the past 51 years.

He was born, raised and educated in Shandong Province, China the son of the late Dengsheng Qi and Xuexiang Zhou. He leaves two sons, Jun Qi of Southborough and Bin Qi of China; two daughters, Juan Qi and Ying Qi both of China; five grandsons and two granddaughters. He was baptized in the Chinese Gospel Church of Massachusetts and was an avid gardener.

A time of visitation and funeral service [were scheduled to] be held Monday June 25 from 7-9 p.m. in the Fitzgerald & Collins Funeral Home (www.CollinsFuneral.com), 378 Lincoln Street,Marlborough. Following cremation burial will be private.

Donations in memory of Xiangqian may be made to the Care & Love Fund of Chinese Gospel Church of Massachusetts, 60 Turnpike Road, Southborough, MA 01772, or American Cancer Society , P.O. Box 22478, Oklahoma City, OK 73123.