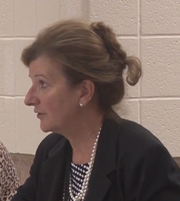 Superintendent Christine Johnson of the Northborough and Southborough school systems has announced that this her last year in the job.

A message was emailed to families today. It states that Johnson will retire on June 30, 2019. A search committee will soon be formed to find her successor.

The last time the committee searched for a candidate – they apparently had one ideal candidate in mind, Johnson.

For four years, Johnson was Assistant Superintendent under Charles Gobron. When Dr. Gobron announced his pending retirement in 2014, the school committees ran an internal-only search for his replacement. The sole applicant was Johnson.

Stating that she was the candidate they wanted, members opted to not open the search to external candidates. You can read more about that here.

According to the announcement, Johnson wants to “attend to family matters and to devote more time to service and volunteering within her community.”

Below is the statement that was posted to the district’s website today. (It’s a photo file, so click to enlarge)