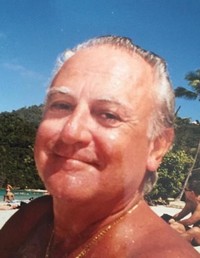 He was the son of the late Frank J. and Lena (Bartolini) Rossi.

Richard lived life to the fullest. He was raised in the restaurant world as his parents owned and operated White’s Corner Restaurant, in Southborough. There wasn’t a job Richard didn’t learn how to do. However, he loved to cook the most, and worked as the chef from the age of 18 until the restaurant closed in 2001. Richard was an avid skier, skiing the mountains in the west and in the east, before turning his skis in for a beach blanket. He enjoyed spending time in St Thomas, meeting many people from there who became good friends. Richard also made many trips to Italy to visit with his relatives still living there. However, his greatest joy was spending time with his daughters, whether it be in St Thomas, Italy or at home in Southborough.

He is predeceased by his daughter, Tina M. Rossi, who passed away in 2004 and his brother, Frank “Panti” Rossi.

All services are private. Burial will be in the Southborough Rural Cemetery with his daughter.

Arrangements are under the care of the Morris Funeral Home, 40 Main Street, Southborough.

Memorial contributions may be sent in his memory to the Southborough Ambulance Fund, 32 Cordaville Road, Southborough, MA 01772

To leave words of condolence to the family, please visit, www.morrisSouthboroughfuneral.com

To plant a tree in memory of Richard P. Rossi, please visit our tribute store.