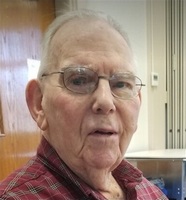 Arthur K. Holmes, 92 of Fayville, MA passed away Monday Dec. 28th after a period of declining health. He was the husband of the late Janet (Gilinsky) Holmes and father of the late Cynthia Holmes.

Arthur served his country honorably in the Army during WWII. He was a graduate of Northeastern University with a degree in Electronic Engineering and Business Administration. As a young man he worked at Hanscom Air Force Base and also as a Radio and Television Technician. He would later begin his lifelong career as the Principal Assessor and Appraiser for the Town of Southborough. He also served on the Board of Assessors for the Town of Northborough and City of Framingham as well as being an active member of the International Association of Assessing Officers and the Mass Association of Assessing Officers.

Due to Covid 19 services are private. A celebration of Arthur’s life will take place at a later date. Donations in his name may be made to the Friends of the Southborough Senior Center, 9 Cordaville Road, Southborough, MA 01772

Hello,
I saw Arthur’s obituary and I wanted to say I’m sorry for your loss. I knew him a bit from the Southborough Rod & Gun Club, he taught me to shoot trap more than 40 years ago. He was very nice, and I’m sure he was a wonderful father and grandfather, and everything else. He will be missed very much.
Best regards,
Bob K