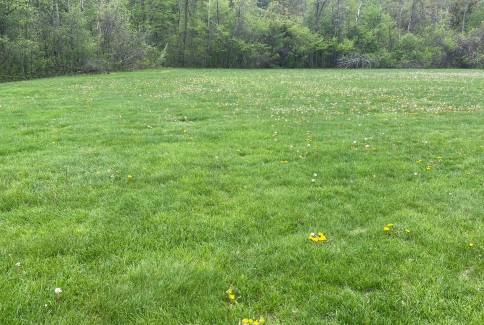 If you watched the June 3rd Conservation Commission meeting, you may have gotten the impression that Town officials were unified in pursuit of a playground at Liberty Estates Field. It appears that some wires were crossed.

Last Tuesday, Recreation Commissioners publicly stated that they weren’t in favor of pursuing the project at this time.

The Recreation consensus followed clarification of details presented to the Conservation Commission the prior week. Recreation Director Tim Davis told his commission that he had been taken by surprise by the pitch made by a Master Plan Committee member.

Davis confirmed that he had previously spoken with MPC’s Gina Glazomitsky about the concept. That was when the sale of the South Union Building, site of the Arts Center Playground, was on the table. At that time, the Town was seeking alternate locations on the south side of town where the playground could be relocated. But Glazomitsky brought the item to Conservation after the property sale was scrapped.*

Davis told the Rec Commission that some details presented to Conservation were inaccurate. Glazomitsky told Conservation that Davis had assured there was “more than enough” room for Liberty Estates Field to house both a park and a full size soccer field. Davis noted that he didn’t believe the field was currently big enough for a full sized field even without a park.

Glazomitsky also told Conservation that Davis was enthusiastic about adding a park and that since the field wasn’t a regular part of the rotation, moving most games off of it wouldn’t be a big deal.  It appears that conversation was when Davis believed he needed a new site for a playground. Since the Arts Center Playground isn’t to be relocated, that no longer reflects his priorities.

Davis noted that the Commission had worked hard to get all of their fields online. He opined the importance of having enough fields to allow rotation to keep fields in good condition.

Commissioners noted that there would be financial costs to relocating the Arts Center playground. The estimate was $50,000. In addition, the equipment’s warrantee would be voided as would insurance. And, Davis noted that “something is always a little crooked” when installed a 2nd time.

However, Glazomitsky’s pitch to Conservation wasn’t based on relocating the Arts Center playground. She indicated that the project was one she expected to be pursued under a bigger infrastructure project by the Board of Selectmen.

The MPC member told them that Selectman Sam Stivers was confident that the Town could expect money from the federal government for infrastructure projects. She believed he was enthusiastic about a project in that area. She noted that the site was walkable from her Nathan Stone neighborhood where lots of little kids and families live. Her research indicated that about 250 families live in walking distance from the field.

At the Conservation meeting, Glazomitsky pointed to a more generic need that the MPC raised, which she linked to her proposal. She said the Master Plan identifies the importance of increasing connectivity in town for residents with more access to recreation.

As for why Glazomitsky brought the item to Conservation. . . the town owned field is under their authority through a Conservation Restriction. The CR allows for “passive recreation”. In the meeting, Glazomitsky said she wanted to get Conservations opinion on if the project appeared to meet the terms of the CR. Commissioners opined that it would, especially since it would provide recreation for the Liberty Estates neighborhood.

Although the Rec Commission’s consensus was not in favor of the project, Chair Jen Hanson said that if the public has a Recreation need, they should bring it to them. She followed that a new playground isn’t on the Commission’s radar as a need.

*Not only did the bid process fail this spring, the Board of Selectmen has opted not to put another RFP out in the short term. Instead, the Capital Committee and SHOPC are in the process of creating a subcommittee to research an affordable housing project on the site to make a recommendation to selectmen.

Glazomitsky’s proposal included in the Conservation meeting packet appears to have been written prior to her learning the sale was not being pursued. But she was aware of the change when she made her presentation to Conservation on the evening of the 3rd.