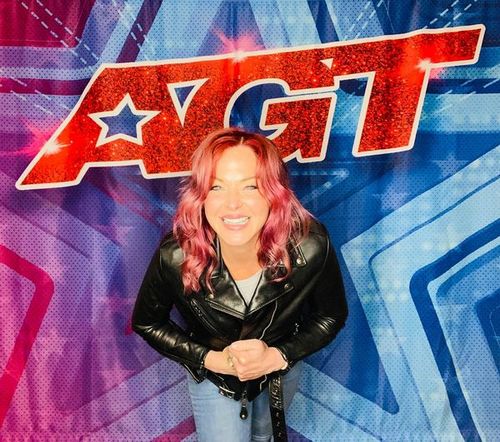 Tonight, you can watch a singer who grew up in Southborough audition for America’s Got Talent on NBC.

Storm Large audition for the show back in March. But according to the Telegram, the Southborough native isn’t allowed to reveal whether or not she made the cut for the next stage of the show.

America has seen Storm Large’s singing talent in several manifestations, including on television, rock and roll clubs, cabarets and The Hanover Theatre and Conservatory for the Performing Arts.

Now Large, who grew up in Southboro and graduated from St. Mark’s School, can be seen at 8 p.m. Tuesday evening on the NBC competition “America’s Got Talent.” Large will audition for an opportunity to advance on the show and maybe even get a “Golden Buzzer” from one of the judges that will transport her to the finals.

“It was very intense. Very quick,” Large said of the audition.

In 2006 Large was a finalist on the CBS show “Rock Star: Supernova.” For the past 10 years she has been a singer with the suave outfit Pink Martini, and was with them at The Hanover Theatre in 2015.

You can read the full article here.

I still can’t believe I’m gonna be on America’s Got Talent this Tuesday. So frikkin wild. Tune in NBC Tuesday night and let me know what you think! I’ll also be live tweeting during the broadcast. So many UH-MAZING acts on this show…I’m just honored to be on with them ⭐️ #AGT 🙏🏽

Watch me lose my shizz in real time during my appearance on @agt on @nbc tomorrow night! IG Live as well as Twitter. Plus I wrote a thing on the @patreon about how weird the last time I was on the teevee 😳 #agt #rssn #music #weirdness pic.twitter.com/fPbwFI8fRi

You can also look at my past coverage of Large here.

One of the posts covered two other native Southborough songstresses. I wondered what they were up to these days. A quick look tells me:

(America’s Got Talent promo image of Storm Large from Facebook)